Rosemary grew up with a love of plants, partly inherited from her parents. She did a Bachelor of Science degree, majoring in Botany, at Victoria University of Wellington. This helped both in her private interests, and in her main adult job, which was with the Quarantine Department of the Ministry of Agriculture. At the end of her two decades there she was the education officer for the Department, which involved training new entrants. 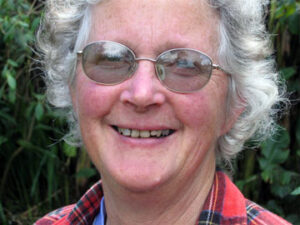 Early in the 1980s, as interest in old roses and cottage gardens grew rapidly amongst the gardening public, she began to sell seeds from her garden in Mt Albert, an Auckland suburb. Her little hobby business was called ‘Grandma’s Seeds’. Later it made sense to change to ‘Nestlebrae Exotics’ since we were selling plants under that name. By the time she ceased to sell seeds, after about a quarter of a century, it had grown to the largest list of its kind in New Zealand, with 375 separate species on offer, all of which had been gathered on our current property, Nestlebrae.

Rosemary has written garden columns for several local publications, was both editor and national president of Heritage Roses for part of the 1980s, founded the NZ Salvia Society, and started Northwest Planters which drew support from a wide variety of plant enthusiasts, centred on Kumeu and Huapai, rural towns just northwest of the Auckland city limits. 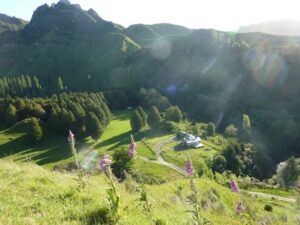 Rosemary is now developing a new garden and house on an acre of land in the Retaruke district near the Whanganui River. Or look up Whakahoro, and you’ll also be in the right region. I will pass on any requests for contact with her again if you reply through this website. 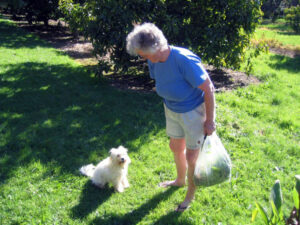